C# was created as a part of Microsoft.Net suite of tools which was more of a big plan of Microsoft to create a one-stop development framework for all. With the increasing popularity of Java, Microsoft wanted to revamp their Visual Studio 6.0 suite. It turned out that Microsoft had decided to create an entirely new framework from scratch. I must say - the birth of.Net framework along with C# was as a revolution for developers. It was first released in 2000.

C# was created by Anders Hejlsberg ( ) and he still is the chief architect of C# at Microsoft. All releases and maintenance of C# are being carried out under his supervision only.

The first version of C# was shipped as C# 1.0. Much sooner C# 1.1 was released which was more of minor improvements. However, C# 2.0 had breakthrough changes like generics, partial types and anonymous methods. This actually made more developers on-board to C# and.Net framework. Please refer the following table to know C# version changes in brief:

C# 8.0 is the newest version (that is about to release) at the time of writing this chapter. It introduces some cool features like patterns in a switch statement, properties, tuples and positional. It also includes static local functions, nullable reference types, asynchronous streams, Indices and ranges (more or less similar to Python).

.Net framework is a managed execution environment to execute and manage applications that are built using .Net technologies like C#, F#, ASP.Net etc. The framework is responsible for providing the following functionalities:

There are currently 4 implementations of .Net specification supported by Microsoft.

The .Net framework provides a runtime use to execute and maintain the lifecycle of an application built using .Net framework in a managed execution environment. The applications developed in different.Net supported language gets compiled into MSIL (Microsoft Intermediate Language) by their respective compilers and then some additional metadata gets associated with this MSIL to form the Assembly (Assembly will be covered in a later chapter in detail). This metadata tells the CLR about program's types, members and references. In this way, the CLR uses this information to execute the overall application irrespective of in whatever language it was built.

A CTS in .Net framework provides a model for different types that are implemented by various languages provided by the framework. Each type of a .Net programming language has its equivalent type in CTS. Thus when the code is compiled into MSIL, the language types are converted into CTS types and thus it makes CLR understand the MSIL without worrying about the language in which it was compiled.

CLS provides a way to make .Net build applications fully interoperable. This means that the code written in one language can be used/consumed in another language. 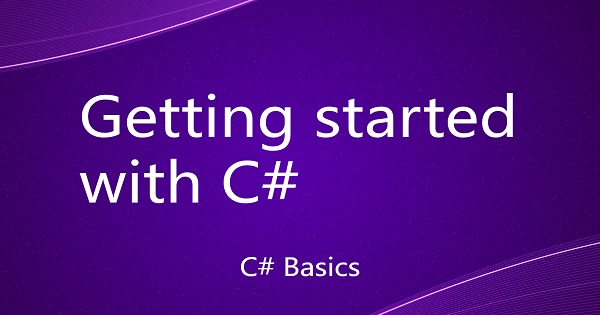