This chapter is important for those who want to understand the hardware implementation of Multiplication and Division.

Just recall with micro details as to how do we do multiplication using pen and paper. Then it is easier to visualize that it is possible to implement a hardware algorithm.

When multiplication is implemented in a digital computer, it is convenient to change the process slightly. It is required to provide an adder for the summation of only two binary numbers and successively accumulate the partial products in a register. The registers, Shift Counter and the ALU width is decided by the word size of the CPU. For simplicity of understanding, we will take 4-bit word length i.e the Multiplier (Q) and Multiplicand (M) are both 4-bits sized. The logic is extrapolated to the word size requirement.

We need registers to store the Multiplicand (M) and Multiplier (Q) and each 4-bits. However, we use 8-bit register which is standard and minimum and hence the register to collect Product (P) is 16-bits. Refer to figure 9.1. The Shift counter keeps track of the number of times the addition is to be done, which is equal to the number of bits in Q. The shifting of the contents of the registers is taken care of by shift register logic. The ALU takes care of addition and hence partial product and product are obtained here and stored in P register. The control unit controls the cycles for micro-steps. The product register holds the partial results. The final result is also available in P when the shift counter reaches the threshold value.

The motivation for Booth's Algorithm is that ALU with add or subtract can get the same result in more than one way .i.e. the multiplier 6 can be dealt as:

Booth's Algorithm categorises the multiplier as the run of 1's and further as begin, middle and end of runs. The run is identified as below for a number 01110.

Based on the run status, the operation to be performed in the multiplication process is defined as in table 9.2. The values of the current bit (Q0) and the outgoing bit (Qe) of the multiplier decide the operation to be performed. By this, the multiplication is achieved in less number of cycles based on the multiplier. A multiplier may have many combinations of runs based on its value. This algorithm is sensitive to bit patterns of Multiplier. A pattern like 01010101 may be the worse as it has many begin and end runs necessitating as many additions and subtractions and may not save cycle time. But by and large Booth’s algorithm saves cycles.

The partial product and Product is collected in P and Q register. The Q register initially holds the Multiplier; as it gets shifted out with every digit multiplication, the space in Q register is occupied by partial product. Qe is a 1-bit register holding the outgoing bit. Together PQQe is treated as one entity during the arithmetic shift, whereas only P is considered for addition or subtraction of multiplicand. The multiplicand is loaded in M. Both Multiplicand and Multiplier are loaded in the simple binary form if these are positive numbers and in 2's complement form if these are negative numbers. The shift counter stops the operation once it reaches the digit count of Q, in this case, 4. Q0Qe are evaluated at every step to decide the operation to be carried out on M and P.

It is seen that the resulting Product of multiplying two negative numbers is a positive number which is correct. One need not handle the signs separately. It is handled as part of the algorithm. The flow chart and the datapath may be drawn by an interested reader as an exercise or the reader may contact the author.

There is a category of Multipliers called Array multiplier which avoids this sequential operation and produces the result at once. These require a large number of gates for implementation. However, with the advancement in VLSI, it is a reality. Different CPUs have different implementations. 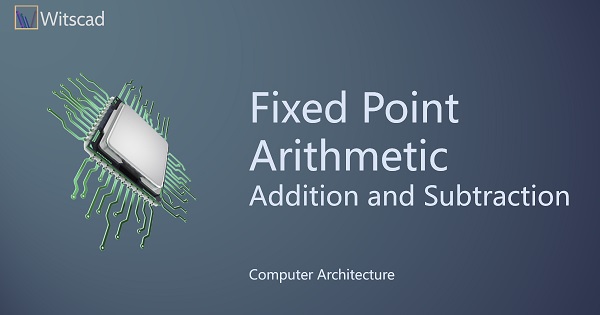 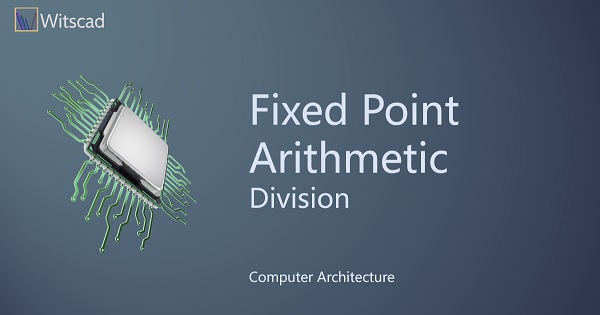