A program consists of a set of instructions. Each instruction is executed with macro steps typically FETCH, DECODE, EXECUTE and RESULT WRITING. The number of such macro steps varies with different CPU design. In some cases of Instruction, Interrupt recognition is an additional machine cycle. Also, Instruction Fetch and Operand Fetch are considered as two different macro steps. These macro steps are also called Machine Cycles. Each of these macro steps has many sub operational steps called micro-operations. The micro-operations are the functional or atomic operations of a Processor. Each micro-operation is executed in one timing state. The period of these timing states corresponds to one CPU clock cycle or multiple clock cycles. Figure 13.1 explains the correlation from program to timing states during the execution flow.

The datapath design precedes the Control Unit design. Designing datapath gives a good idea of what control signals are needed.

The micro-operations to be performed by the processor can generally be classified as:

Based on the above datapath and the micro-steps, as above, the functions to be performed by the control unit are identified. The appropriate control signals ensure that the data moves through the datapath in the right way during instruction execution. Generally, one needs to know what the datapath is currently doing, to tell it, what to do next.

We have mentioned that the control unit is in charge of coordinating and synchronizing activities inside the CPU and also with the other subsystems of the computer. A set of control signals activates the micro-operations which have to be executed in a given control step. Each control step corresponds to one clock cycle of the CPU.

The Control Unit is a state machine that generates control signals based on certain inputs. The output signals are generated based on the input conditions to the state machine.

Instruction register (IR) – IR holds the Op-code for current instruction and plays a major role in the definition of the micro-instructions required. The signals to be generated are written by the designer based on Instruction and the Datapath structure.

External Control bus - The external sub-system status is communicated to the CPU over the Control Bus. Signals like Interrupts from IO Subsystem indicate the attention required from CPU. During Memory Read, the memory is required to indicate that Read Data is available on the Data Bus. This is a kind of acknowledgement or sync from memory on the external control bus. Similarly, Interrupt Acknowledgement (IACK) is issued by CPU to the subsystem that has raised the Interrupt as part of the service routine. There are few other signals like these.

The signals generated at a certain moment depend on:

As seen from figure 13.2, the control unit generates signals to facilitate the execution internal to the CPU and also the external subsystems via the external bus.

We have been discussing control signals and the categories that they fall into. Let us see some example cases to get an idea of those signals. Please recall the number of micro-steps and the signal required is CPU implementation-specific. The discussion below is a typical case using single bus datapath intended to create good understanding and kindle imagination.

In Chapter12, we had discussed the steps to carried out for Single and Two bus datapath. Now we use the Single bus datapath and identify the control signals required as below.

Instruction is fetched as above. Decode is a simple demultiplexer or combinational logic operation. Hence let us presume that the instruction is decoded to be store. LOC1 Is the memory location where contents of R4 to be stored. The instruction uses direct addressing and hence LOC1 value is available in IR at the end of Instruction fetch cycle. With this info, let us use the table below to understand the micro-operations in the execute-machine cycle and the signals required.

We have dealt the examples using Single bus datapath. When the CPU has more number of internal buses, then it is likely that the number of timing states required for the machine cycles could be less in a large number of cases. The designer's diligence is highly appreciated as he has to prepare all the list of control signals required for each of the instructions in ISA, interrupt servicing, trap handling, error handling, flags handling etc. The designer writes in Hardware definition language and verifies using the emulator. The logic designer implements the necessary hardware for the control unit.

Intentionally I have avoided timing state diagrams as it will be appreciated only by a select section of readers with Electronics or design background. However, the tables with details of operations in timing state should suffice to give a clear understanding of the Control Unit. 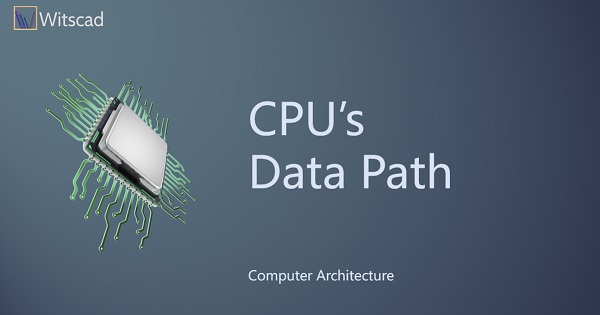 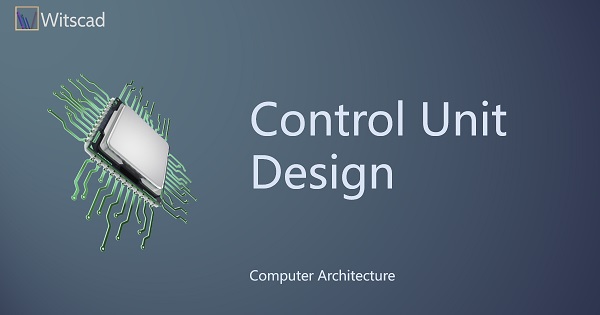