Suitability of BCT for Smart Contracts

BCT enables a business house to extend a new business to its customers by way of Smart Contracts ex: extending to engage in real estate sales or mortgage. This is a bonanza for both the enterprise and the clients. BCT yields value proposition to customers and make many products and solutions affordable to them. Further, Customer relationship is enriched with greater transparency, self-service, automation and above all no middleman. The impact of BCT on business is the simplification in doing business.

While answering the question “why not centralized ledger technology fro business applications?”, Robert Sams of Clearmatics, recalls the three sins of DBMS. These are Sin of Commission, Sin of Omission and Sin of Deletion. The effect of these three on the state of Database is as below:

The above three sins, if ever happens in a database, it is a curse. No user would like it. Since Database has Centralized administrator, not to undermine his role, rarely these can happen causing a serious effect. BCT eliminates the above from the possibility.

However, it is to be noted that while sin 1 is completely handled in BCT, Sin2 and sin 3 are mutually exclusive and handled by the protocols of the network. The designer of the application has to decide on the trade-off, as demanded by the services that the solution is intended to serve. In fact, one will end up with a decision to go for Public, Permissionless BC or Private, Permissioned BC based on the priority of the characteristics required as in figure 11.1.a and 11.1.b respectively.

You may also recollect and refer our discussions and flowchart in Chapter6 on "When and When Not to use Blockchain?". It adds clarity to your understanding. Also refer to Chapter 2 for Database Vs Blockchain transaction to consolidate the understanding.

By now, It is clear that the idea of Smart Contract over Blockchain Technology enhances business propositions.

Trade brings wealth to the economy. However, market friction is the biggest barrier of trade and wealth creation. This is applicable to global trade too. Regulators and instruments of trust enhance the belief system in a business. Technology help overcome inefficiencies and removes the geographical barrier in doing business. Blockchain Technology has the potential to speed up the pace of business.

Information Friction – happens because of one of the causes:

Blockchain technology’s P2P architecture and DLT reduces the number of interactions required thereby reducing the interaction friction. Further, in most of the scenarios, the geopolitical and legal rules can be easily incorporated into smart Contract codes, reducing the bureaucratic delays to a large extent.

Innovation Friction – is a state of an organization that it is unable to adapt to market changes rapidly. Innovation friction can also be addressed by BCT provided the organization overcomes inertia and poses a smart approach.

IBM leads in enterprise solutions. As usual, leads in Blockchain solutions with Hyperledger Framework. The generic and essential functional components required for any blockchain solution is depicted in figure 11.2. These are Distributed Shared Ledger, Access Control, Smart Contract and an appropriate Consensus mechanism for Blockchain maintenance.

We have discussed in length about these components in the earlier chapters. Here it is a contextual presentation only.

In addition to the characteristics of BC like Security, Tamper-proof, Auditabilty, Transparency the following additional advantages are derived.

Avoiding Double-entry – We had discussed that Double-spend is eliminated by using Blockchain Architecture. Similarly, in the case of Smart Contracts, conflicting or double transactions not added to the blockchain. This is a very important property to enhance the integrity of a contract.

Automation - The Smart Contract validates and adds only verified transactions to the distributed shared ledger. This is ensured by the Smart Contract Code and the BC architecture. Moreover, Smart Contracts are self-executable, self-contained, self-enforceable, and self-verifiable. This is the ultimate automation.

Append-only Ledger - This is a DLT-BC characteristic that enhances the integrity and verifiability of contract execution by stakeholders.

Finality – A very important requirement of Smart Contracts is finality. i.e., once a contract is executed, it should be undoubtedly final. 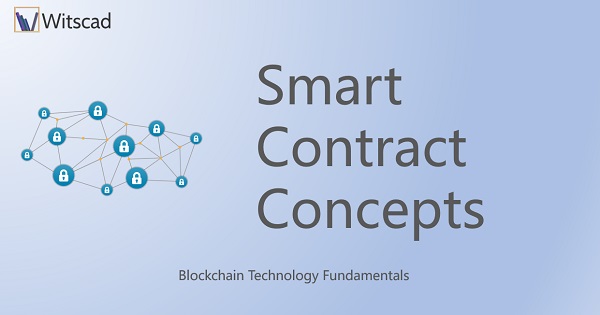 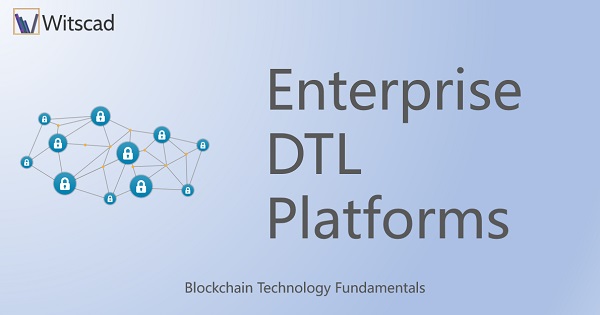